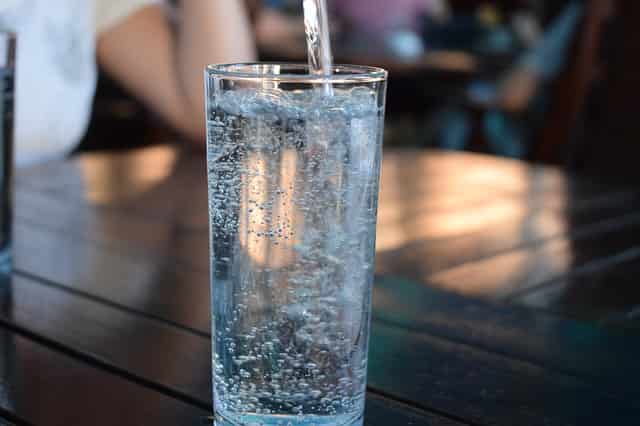 Helium Infused Water: Anyone interested in home brewing, such as myself, gets delighted when new, inventive techniques of producing beer are discovered. When I first heard about the most talked-about fad among beer drinkers, the Helium Beer, I was not shocked.

When videos about this new type of beer and its funny consequences on the drinker emerged in my newsfeed, I was interested.

I hopped on the bandwagon right away and saw Samuel Adams’ iconic Helium Beer video. It became viral minutes after it was published on the internet.

Jim Koch, the founder of Samuel Adams, introduced a new variety of beer, HeliYUM, on April 1, 2014. If the date seems familiar, you are correct: it was an April Fool’s joke. Jim Koch drank some HeliYUM. His voice quickly turned high-pitched, demonstrating the helium beer effect.

Sam Adams is the source of this information.

Stone Brewing Company also released a video on helium beer on the same day. This contributed to the spread of the helium beer myth. Many more videos on YouTube and other social media platforms replicated this joke.

What is Helium Beer, exactly?
In his popular video, Jim Koch explains how helium beer is made by mixing helium gas with beer. To generate carbonation, most commercial beers inject carbon dioxide into the beverage. Guinness is an anomaly in that its beers include a nitrogen/carbon dioxide beer gas. This results in a more pleasant mouthfeel than CO2.

Jim Koch stated that the helium beer exploited the characteristics of the noble gas helium as an April Fool’s joke. The caramel flavor had a biscuity undertone, which isn’t present in most beers. The drinker’s high-pitched, cartoonish voice is then mocked in the video. They believe this is due to the helium beer’s impact.

Is there such a thing as helium beer?
Social media users began asking concerns shortly after the video of Samual Adams drinking helium beer went viral.

Where can I find helium-infused beer in my neighborhood?

Is there such a thing as helium beer?

Various YouTube videos and articles refuted the joke. Listed below are a few examples:

It’s Time to Clear the Air About Helium Beer

What’s the connection between helium beer and hilarity? Maybe.

One of the least soluble gases is helium. That means it has a hard time remaining suspended in a liquid. It’s unlikely that we’ll ever be able to put helium in beer.

Helium is approximately 700 times less soluble than carbon dioxide. In comparison to 2.5 grams of CO2, just 0.0016 g of Helium may dissolve in a liter of beer.

This is a terrible reality for all beer enthusiasts who will never be able to taste helium beer.

They claimed to have advanced the brewing business by incorporating helium into beer.

According to the video, their helium beer comes in 16-ounce cans and can be found in shops, restaurants, and pubs.

They also claimed to have dry-hopped it twice to give it a more tropical flavor. Like Adam Samuels’ video, this one demonstrated how your voice changes after drinking helium beer.

His voice quickly transforms into a hilarious high-pitched sound after taking a taste of the beer. The same thing happens to the voices of all the drinkers when he gives the drink to other individuals at the bar.

Both films were April Fool’s hoaxes, which seemed about as unlikely as discovering beer on Mars. Nonetheless, a large number of people fell for it and began anticipating the advent of helium beer.

What Does Science Say About Beer Made With Helium?

The hoopla around helium-infused beer is not only untrue but also impossible.

In beer, helium is the least soluble gas. Because of its insolubility, helium, unlike carbon dioxide, cannot produce a fizz when infused in beer. Because liquid helium turns into gas at -220°F, it cannot dissolve in beer. Your beer would be frozen if you did that.

It would be worthless even if you forced helium into the beer and sealed it in a can. The undissolved helium would pour out of the can as soon as you opened it. Before you could take a taste, the majority of the beer would have shot out. Due to physics, helium-infused beer will never be feasible.

Despite all of the joy and excitement around the helium beer videos, they were only a prank that deceived a lot of people. So, unless science finds a means to make helium beer, we won’t be able to try it.

How can you create a beer with helium in it?
It is not feasible to manufacture beer with helium. Helium is not soluble in beer and hence cannot be injected under pressure.

Unlike carbon dioxide and nitrogen, helium would escape from the container as soon as it was opened, spilling the beer.

You won’t be able to get helium beer anywhere, despite what Stone Brewing and Adam Samuels state in their films. It was all a set-up for April Fool’s Day.

Is helium beer going to give you a better voice?

Because helium is one of the least dense gases, sound travels quicker through it. The wavelength of faster sound is shorter, resulting in a high-pitched sound. You won’t be able to have a high-pitched humorous voice until you inhale helium from a helium balloon.

Use keywords for best search results

1 thought on “Helium Infused Water | Bursting The Bubble Of The Helium Beer Fantasy.”